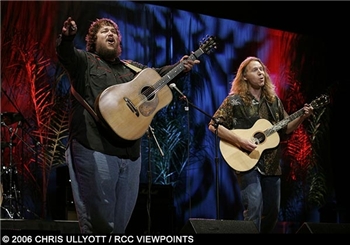 Berkley Hart hails from southern California making their start in the coffeeshop circuit more than ten years ago. Boasting at least five awards and nominations from San Diego Music Awards (SDMA) as well as critical acclaim, this folk duo has played hundreds of house concerts locally and nationwide.

This entry was posted on Wednesday, April 11th, 2012 at 4:23 pm and is filed under ProSound Featured Artists. You can follow any responses to this entry through the RSS 2.0 feed.